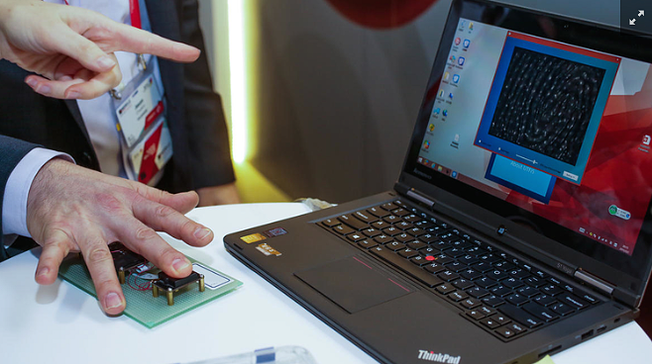 The more banking goes mobile, the bigger the honey pot to hackers looking for an easy payday.
Recognizing the exploding FinTech ecosystem in New York City — and the need to protect that technology — one Chinese startup today announces the opening of its new Lower East Side offices, designed to make mobile banking safer.

While Chaikin credits financial technology for the increased demand, his potential customers are mostly about 10 massive hardware manufacturers, he said. Launched earlier this year at the International Consumer Electronics Show, the Beijing-based company has since met with many of those manufacturers, including Samsung, which has U.S. offices in New Jersey, according to Chaikin.

In many ways, the age of mobile payments kicked of in 2012, when Apple paid$356 million for Authentec, a security company with technology that looked remarkably similar to VKANSEE, and which ended up being built into the technology behind Apple’s next generation of mobile devices.

By comparison, embedded devices used by Apple and Samsung scan 500 pixels per inch (PPI) while VKANSEE’s sensors scan fingerprints at 2,000 PPI. The hardware can capture sweat pores and high-resolution complex ridge-shape data, generating up to 150 data points per fingertip. Such security data is a potential deal-maker as more and more money goes mobile.

In December, the Federal Reserve reported that 39 percent of adults with mobile phones and bank accounts used mobile banking, a 33 percent increase from the previous year, according to Financial Brand. Globally, mobile payments are expected to increase 1,000 percent this year, with 5 percent of the world’s smartphones conducting financial transactions, according to a Deloitte report. This leaves lots of customer potential for the young market to fight over, and plenty room to grow.

A report by IHS Technology Research predicted that by 2020 there will be 1.4 billion fingerprint-security-enabled mobile devices, up from 317 million at the end of 2014. Total revenue from fingerprint security alone is expected to hit $1.7 billion by 2020, according to the same report.

Already backed with $7 million by AVIC (Aviation Industry Corporation of China), VKANSEE is currenlty raising its Series B, another $10 million, and expects to close the round in three to four months, using the cash to develop a new thinner chip. Production is expected to begin in China during the first quarter of next year.